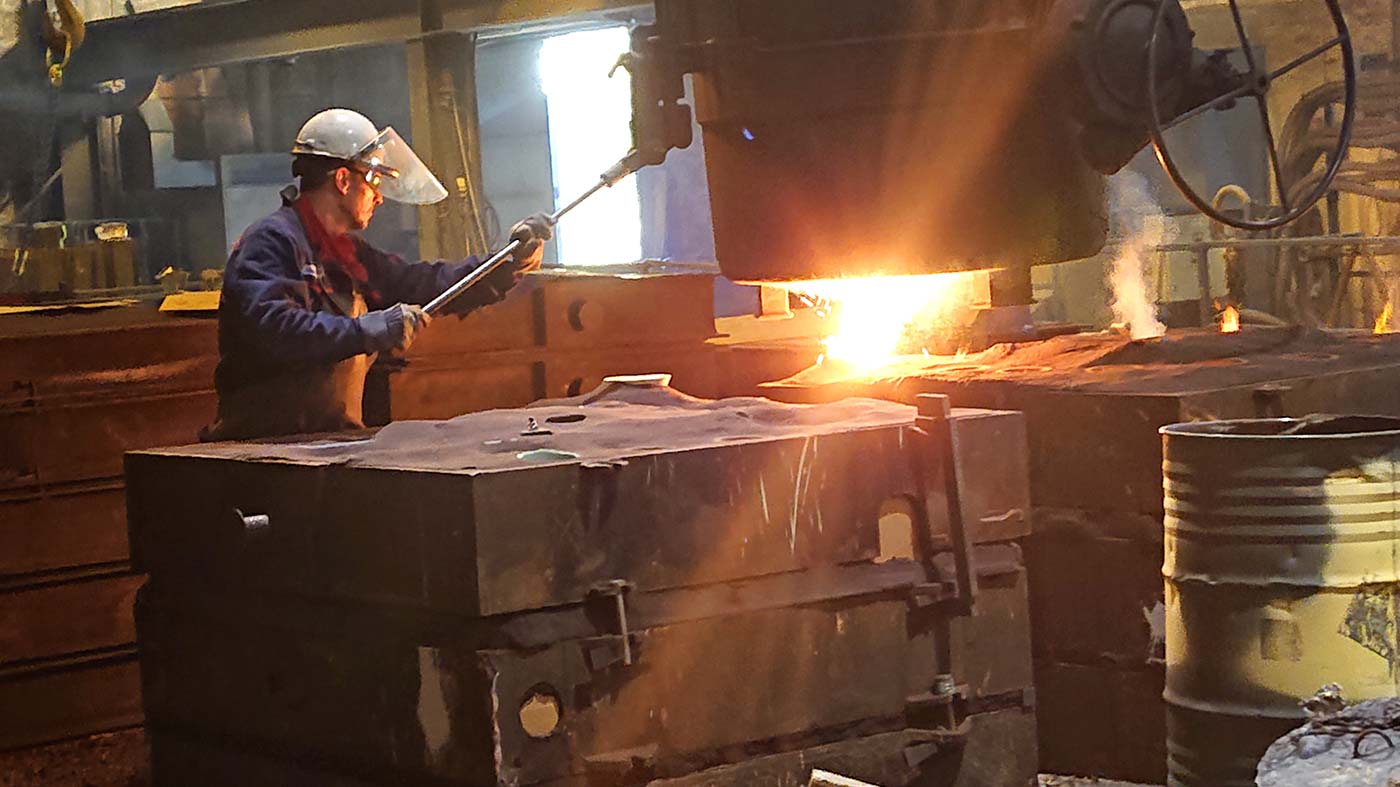 “You seem to enjoy a challenge – if you didn’t, you’d never have put in a bid for this project!” The words of the project manager at Babcock Noell, the German company that commissioned Österby Gjuteri (Österby Foundry) to produce 100 sizeable half-shell casings of ten different designs. The solid-steel half-shells were to be used in the construction of a fusion power reactor, a research facility that was to be built by the German Institute for Plasma Physics, with head office in Munich. The reactor is to be built in Greifswald on the Baltic coast, and will be operating at a temperature of no less than 100 million degrees Celsius.

“The casting was a challenge in itself, due to the very narrow tolerances for the chemical content needed to achieve the necessary strength and the non-magnetic properties in the final result.”

The project presented challenges from start to finish. It turned out that the high level of computerisation at Österby Gjuteri paid off, as the demands set by the project could only be met by a company equipped with the most modern technology, highly sophisticated machinery, and highly skilled, fearless employees who love a challenge. The order total was equivalent to the entire annual turnover of the company at the time, almost EUR 9 million.

The challenges mounted up from the beginning of the project, because the design and production of the moulds involved very narrow tolerances. The minute detail required skilled programmers and hours of 5-axis milling to produce the mould. The casting was a challenge in itself, due to the very narrow tolerances for the chemical content needed to achieve the necessary strength and the non-magnetic properties in the final result. After casting, the material was heat treated at 1100 degrees, then the finishing of the half-shells required 30,000 hours of 5-axis milling, another production step that involved very narrow tolerances and very skilled operators.

Some of the milling was done by Österby in their own facilities and some was outsourced to suppliers carefully selected for the task. The finished products were tested for strength at minus 269 degrees Celsius, then scanned using scanners and software purchased especially for the purpose. This proved to be a stroke of genius. It provided a set of measurements that were second to none in terms of precision and capacity to handle data. The same equipment and methods are now used to validate much of the production volume at Österby Foundry.

In addition to the German project, Österby Foundry has also supplied cast components for research facilities at MAX IV, The Svedberg Laboratory at Uppsala University, and Tesla Engineering in the UK.