One of the world’s most complex modulators 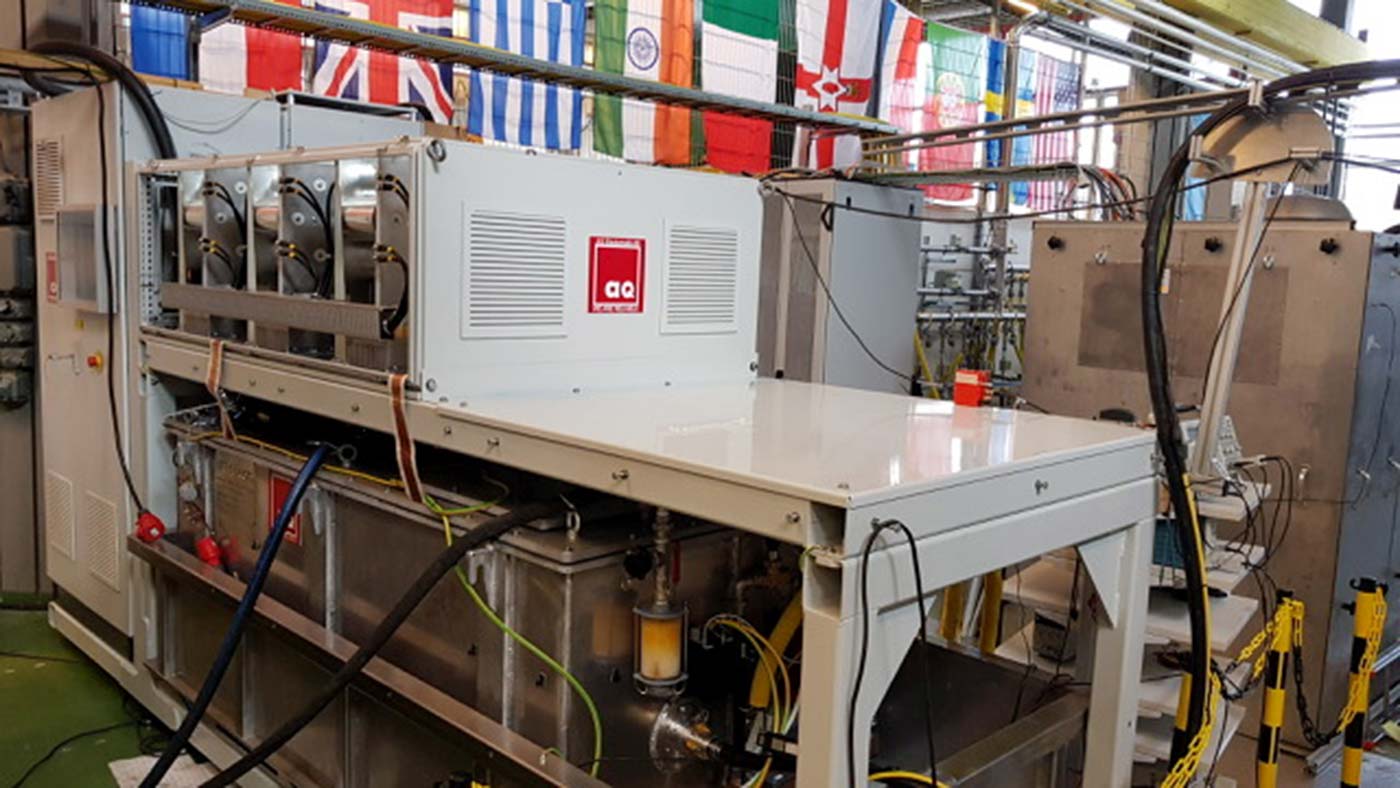 In 2014, AQ Elautomatik won an attractive and challenging contract with ESS that really put the company on the map, impressing both the client and collaboration partners at the Faculty of Engineering, Lund University. The project, which involved several companies from the AQ Group, was coordinated by Project Manager Patrik Olsson and Managing Director Ola Olsson.

We had to design the systems almost from scratch, to make them suitable for serial production and to ensure the systems could endure the harsh desert environment at an altitude of 2600 metres.

The contract involved manufacture of the very advanced klystron modulator, the system that controls the acceleration of protons by the particle accelerator. The system achieved steady acceleration, no mean feat considering that the accelerator in question will be part of the world’s most powerful spallation source. No standardised systems could accomplish this. The innovative solution reduced the cost of the device by 70% and the space needed for the power packs by 80%, compared with the baseline set for the project at the beginning in 2010.

Technical Director of ESS, Roland Garoby, explains. “The modulator is known to be a difficult piece of equipment in our kind of machines – not specifically due to the individual components or the technology in itself – but because of its electro-technics. The sheer power involved, the peak power, the voltage, the amps – all energy units in fact – are immense. The stress on the equipment when we have to cycle at the rate of 14 Hz, delivering 11.5 MW of electrical power, is tremendous. So this really is a tremendous challenge and I’m glad that we’ve now got it under control, because other facilities have issues with this.”

It was the leader of the technical team, Carlos Martins, together with AQ Elautomatik and leading researchers from the Faculty of Engineering at Lund University, who made the visionary solutions a reality.

ESS was looking for an entrepreneurial partner to assemble a complex unit with tough specifications, and a local partner that could help meet the complex challenges. Patrik Olsson took on the challenge with the AQ Group, together with sub-suppliers that supplied key components, such as inductive components, sheet metal and copper production, systems and power integration.

When Carlos Martins found a local partner, an intense period of collaboration began. This was in 2014, and the first step and prototype were delivered in 2015. The rapid production methods of AQ Elautomatik were crucial to the development. The company played a leading role in the build to print manufacturing and assembly.

“The ESS SML Modulator has attained a very clean curve: less than 1 % voltage drop, less than 0.17 % flat-top ripple, and about 120µs rise time. But this is not the only difficult part. We want constant power from the grid,” explains Roland Garobi. “It’s like we’re flipping this light switch on and off 14 times a second. But this is not a light bulb… this is something like 115,000 100-watt bulbs for each modulator. We have many of them, which means a lot of megawatts.”